My first date in Seattle, WA

My first date in Seattle, WA

My role in the company is actually forming the vision and strategy. This year I’m responsible for our US expansion. All of the naysayers said it’s different to do business with the US because of the cultural differences. And they were right. We had to approach this differently and succeed in the first 24 hours.

Our strategy was to work in different coworking offices - I would definitely recommend doing this if you have similar goals to meet as many people as possible. Best value/time ratio if you’re a business developer and would like to partner with tech startups.

That was my very first time in the US. The Transatlantic flight through the beautiful mountains of Canada and the North-West Pacific was terrific. Will I fit in or not? This was the question running through my mind again and again not to mention that I didn’t have any fallback or backup as I’m travelling alone. After landing at SeaTac, it turned out that I had to do a Visa interview for getting admission. The guy who did that was the first American guy I ever met, he was around 40 something, and was just like a lazy standup comedian, which was reassuring.

After talking about this or that, I finally mentioned that we’re Amazon Web Services partners, the guy said that I should’ve started with that so “Welcome to the United States” - sounded relieving. Caught a yellow cab from Hello Cab Airport, and headed straight to my apartment, 1st & Pine, at Pike place, 50 yards away from the iconic Pike Place Market and the seaside. 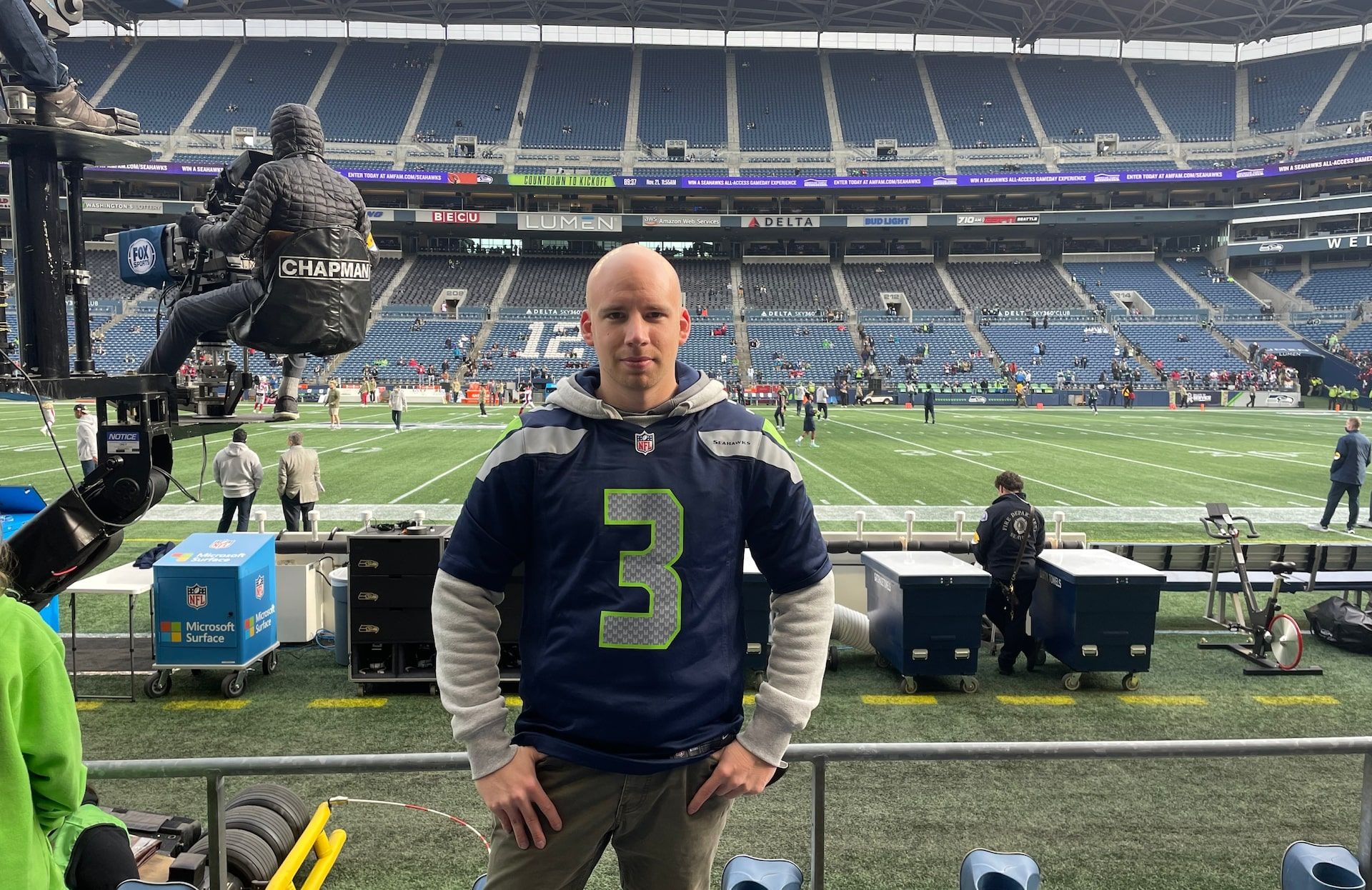 Figured out how to get into my studio apartment on the 2nd floor. I thought it would be nice to check Lumen Field, the Seahawks Stadium, after the many-many years I saw it on TV since 2010. The stadium was huge, and nobody was around since the Business District was not recuperated after Covid-19. Also checked Hawks tower, a coworking office, and the first skyscrapers I’ve ever seen in my life, including Columbia - the tallest one - on my way back to my apartment on 5th Avenue. After wandering around, I got back to my apartment and fell asleep to be ready to kick off my business journey tomorrow. 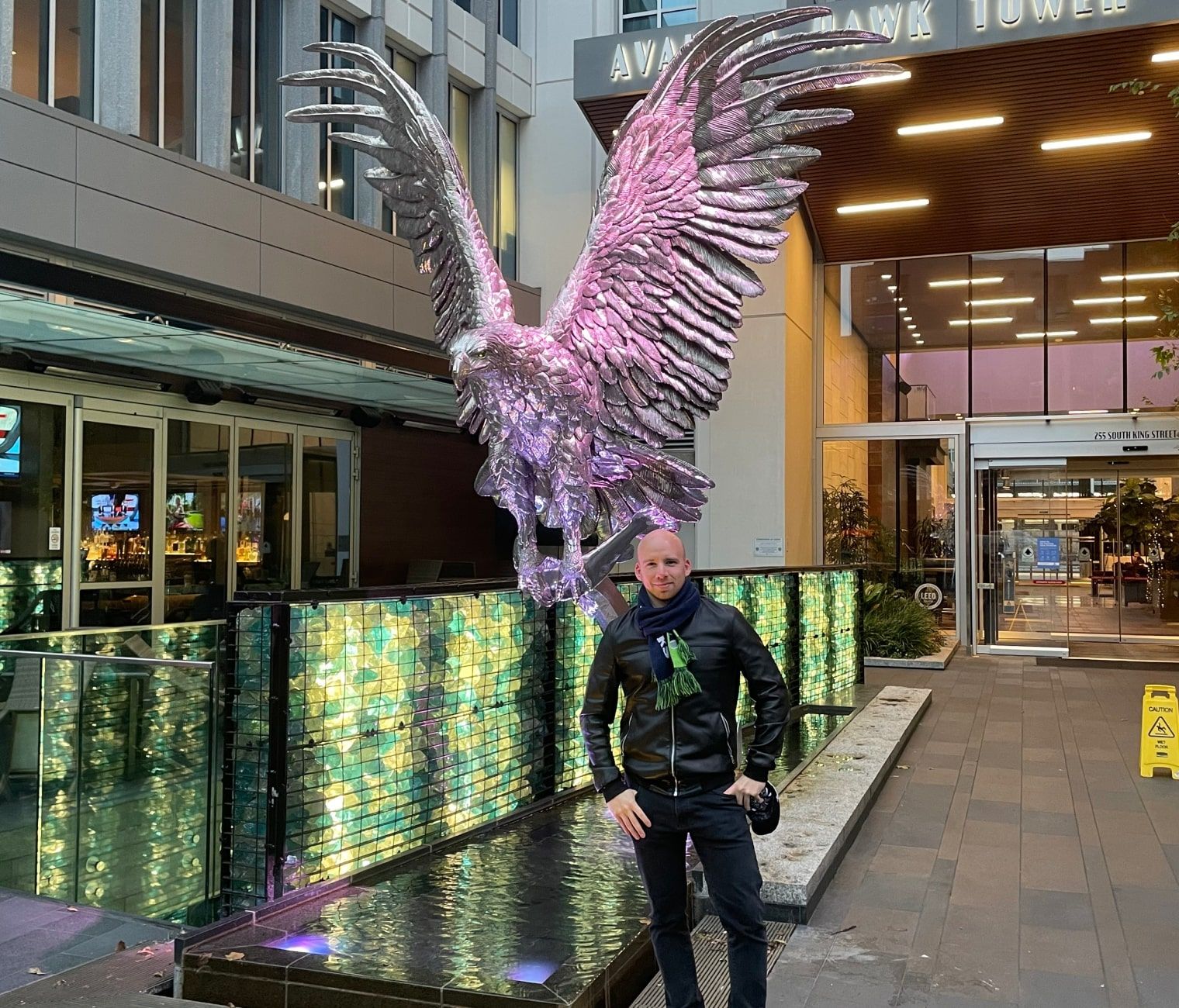 In the morning, I started my day with an easy run at the iconic path of Elliot Bay Trail. I headed to Holyoke Tower, the first coworking office I had access to and the oldest building in Seattle, built-in 1889. I met the office manager, Cesar, a young open-minded guy with dyed blonde hair who worked in New York previously as a fashion designer. He was kind and helpful during my stay throughout the month. Cesar showed me the place and the office rooms and also recommended some nice bars for the Seahawks away games.

After getting familiar with the place, found my desk and heard a guy nearby talking in his deep American tone, just like in the movies. Waited no more, said hello, quick intro, and already invited him to lunch as we were both hungry. Sage said that he needed to jump into a 20 minutes call with one of his team members, and after that, why not? Let’s go to have lunch together.

Three hours of starving followed. I literally asked Cesar if the office building had another exit where Sage had escaped. Maybe those Americans are even harder to do business with than I could even think.

Finally, Sage got out of his marathon meeting, and we were starved to death. Then we found out that each of us is the CEO and founder of our businesses, which set our late lunch into an entirely different perspective. 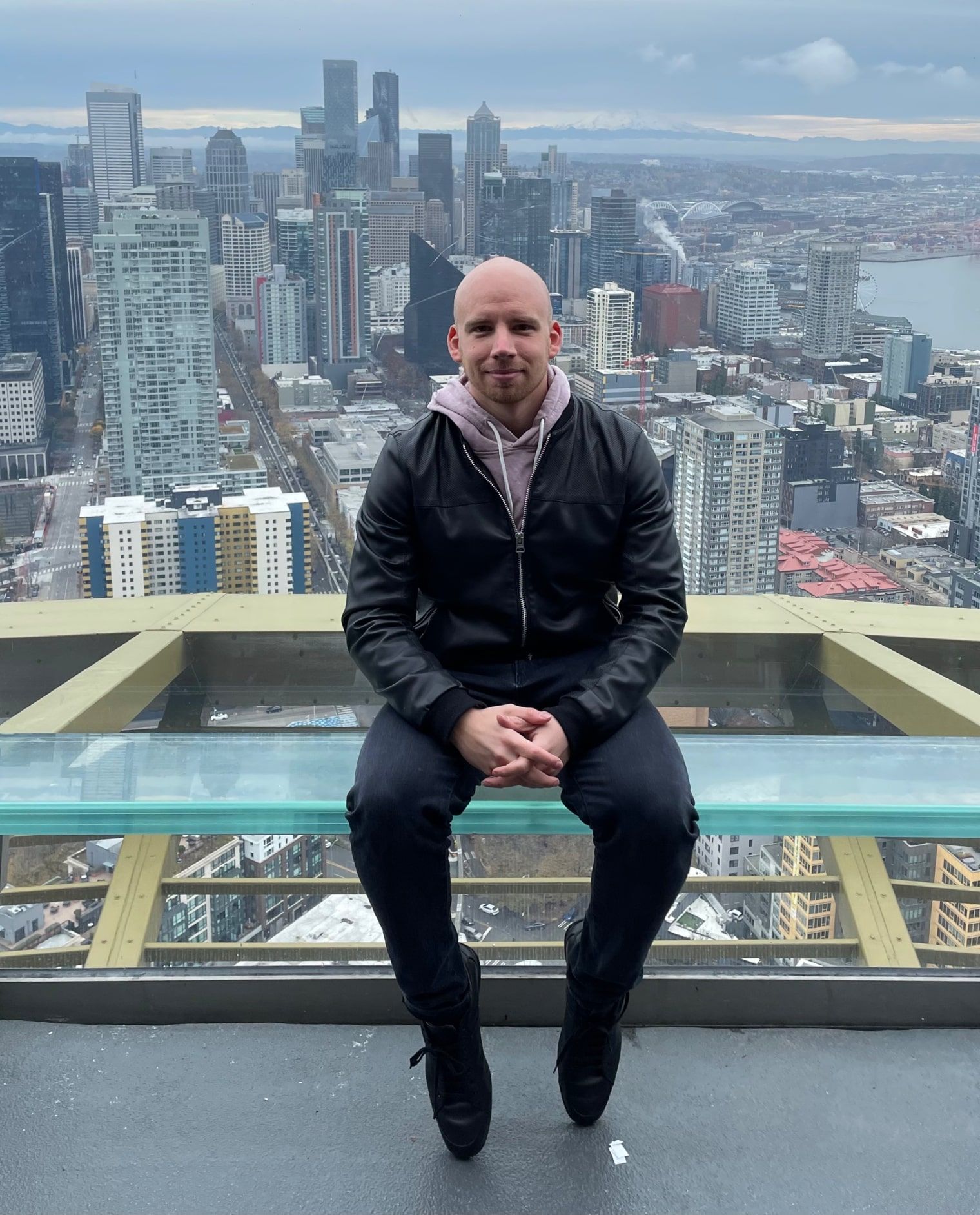 We had Spicy -indeed- Green Beans and Pad Thai for late lunch in Nui Thai Cuisine while discussing Tartan’s and SnapSoft business, and found out that we have many things in common in terms of company values like transparency and proactivity. We also talked about that Sage always wanted to build diversity so he had several experience with the EMEA region. He’s biggest concern was how those companies handling their employees and how they’re doing business. As SnapSoft is all about making a happy community and value people around us while building long-term partnerships, it was easy to mention a few things which makes us stand out of the crowd.

We finished our meals when it came to my mind that my US bankcard was not activated yet neither I had any cash so I felt like somebody who is on a first date or something - funny and embarrassing in the same time. The waiter came and Sage immediately said “its on me” which was felt like a second “Welcome to the United States” message for me. That on e and a half-hour was the beginning of SnapSoft doing business with the US and the parallel start of my first US friendship with Sage Raterman. 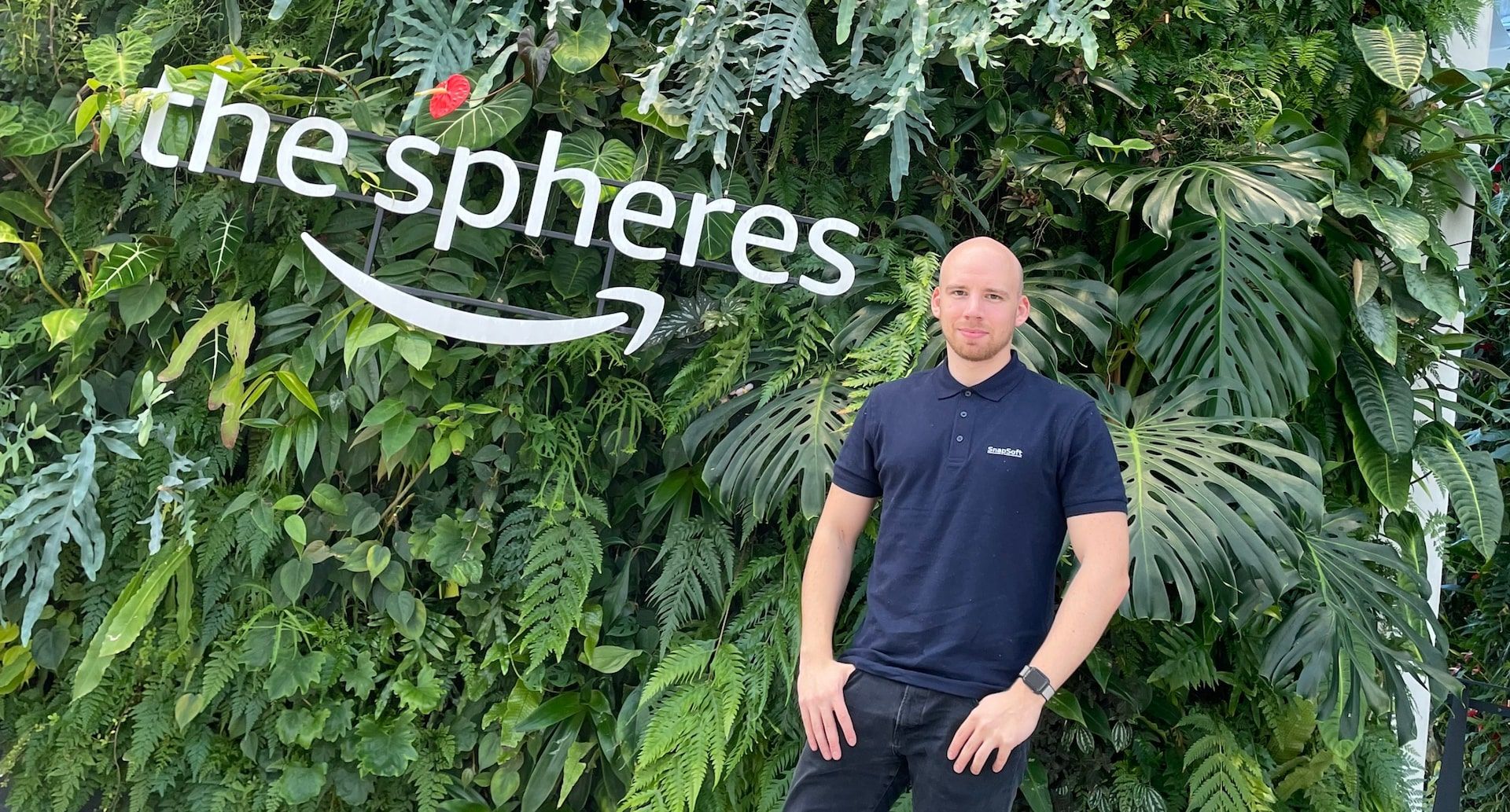 Later on, we had several meetings with Sage’s partners, and I also introduced my co-founder, CTO, and friend, Tamás. We figured out that our team as a service could be a handful for Tartan to get to the next level, so we integrated Cargosmart APIs to let the machine learning algorithms use the data to provide better estimates to the world in terms of container visibility. Read the case study here!

This story already made my journey successful in the first 24 hours, which made it possible to focus on building more business with a calm and ready mindset.

After a few months, we elevated our level of partnership with Sage to build SnapSoft US together; what a happy ending!